One of the most visited posts on this blog is titled, Empathic Research Methods and Design Strategy. Indeed, if you google or bing “empathic research”, the post pops to the top few links, or vey close, often even ahead of IDEO. My aim in that post was to add to points made by Adam Silver, a Strategist at Frog Design, noting that globalization and digitalization in the 1990s resulted in product and service interfaces with more culturally diverse and geographically distributed customers. The combination of these economic and social forces led designers to search for new methods to augment artistic intuition about form and function. Considerations of form and function also required attention to feel, emotions, features, and interactivity attuned to the needs, wants, and beliefs of users/customers. The power of ethnographic research to discern empathic insights by observing and interpreting people’s cultural activity is now widely recognized.

Recognizing the implications of globalization for design and marketing is certainly not new. The now classic book, The Design Dimension, by Christopher Lorenz, explained the crux of the point as early as 1986. Lorenz noted that,

…globalization does not mean the end of market segments, but their explosion to worldwide proportions. Far from declining, the number of market segments may actually increase…Though industrial designers frequently can – and do – substitute for the absence of marketing imagination. In most companies the most potent force for imaginative marketing and product strategy is a real partnership between marketing and design (pp. 146-147).

The significance of Lorenz’ point came back to me recently while reading “How does our language shape the way we think?“, by Lera Boroditsky, an Assistant Professor of Psychology, Neuroscience, and Symbolic Systems at Stanford University. Boroditsky’s research into language and thought complements a key point made in Malcolm Gladwell’s book Outliers, Gladwell informs us that one basic reason exists for the tendency of Chinese students to outperform others in math skills. Quite simply,

Take a look at the following list of numbers: 4,8,5,3,9,7,6. Read them out loud to yourself. Now look away, and spend twenty seconds memorizing that sequence before saying them out loud again.

If you speak English, you have about a 50 percent chance of remembering that sequence perfectly. If you’re Chinese, though, you’re almost certain to get it right every time. Why is that? Because as human beings we store digits for about two seconds at a time. We most easily memorize whatever we can say or read within that two second span. And Chinese speakers get that list of numbers—4,8,5,3,9,7,6—right almost every time because—unlike English speakers—since the Chinese language allows them to fit all those seven numbers into two seconds.

Whereas Gladwell’s interest is in the way language and culture affect our view of talent, Boroditsky is interested in whether, and how, language shapes the contours of thought itself, the kinds of questions people who speak a language are able to ask, and the kinds of significant symbols they recognize. Boroditsky’s research looks at an old question, and controversy, in anthropology and sociolinguistics — the Sapir-Whorf hypothesis.

END_OF_DOCUMENT_TOKEN_TO_BE_REPLACED 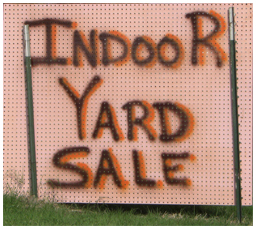 In recent posts I discussed different gaps, from the community gap in particular to the encompassing engagement gap. Each of those discussions attempted to size up a disparity between the attention currently given to the importance of community and social media by companies and the reality of the commitment of resources to them based on recent research in the United States and Europe.

We hear a lot of discussion these days about Web 2.0 and social media, especially on whether adoption is driven by demographics, lifestyle, or something else. Recently, while reading Marketing Metaphoria by Gerald Zaltman and Lindsay Zaltman, it struck me that regardless of the patterns of Web 2.0 and social media adoption, the applications tap into basic sensibilities for connection that we all share, regardless of age and lifestyle. As I note below, a sense of connection is an example of a deep metaphor that the Zaltmans discuss in relation to people, products, and brands.

Deep metaphors underlie the way people understand the context of problems they face in their everyday lives. Though the concept of deep metaphor was initially outlined in Lakoff and Johnson’s book Metaphors We Live By, Marketing Metaphoria takes it a step further by developing useful techniques for exploring how deep metaphors affect the perception of brands and products and, by implication, how to approach the say-mean gap in design research.